I am a Scientist, a Physicist, an Inventor.

I am the only Physicist in the history of the World who has explained how the Sub-Atomic level grows, expands and creates everything we know about in this physical World we live in, with absolute proof of accuracy

I have spent my life learning about everything I could find out about Life and the Universe. I wanted to know about Energy and where it comes from. How the Universe works and what makes it tick. I needed to know how the Sub-Atomic Level creates and builds the Physical World we live in as well as how it creates the Stars, Planets, Moons and Galaxies. I wanted to know about Life and how Life is created and grows and expands to become all of the different types of life forms we have on the Planet today. 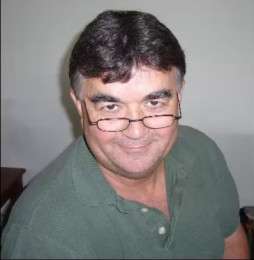 To cut a long story short, after a 33 year journey I had achieved a very high level of knowledge to share

This Knowledge gave me an understanding of all of the things which I put into a book I called “The Parkes Principle of Attraction and Expansion”. The knowledge of this book was put into a website on the Internet in February 2002.

Although I haven’t been credited for my knowledge, “The Parkes Principle of Attraction and Expansion” has changed science around the World over the last 20 years; from once fully believing we live in a Nuclear Universe to now accepting that we do Live in a Universe made up of Electromagnetic Energy. Although many still want to believe in a Nuclear Universe as well to justify many of their other beliefs.

Because over the last 20 years there have been many scientists around the world in many different fields who now use some of the knowledge of “The Parkes Principle of Attraction and Expansion” for their understanding of how our Universe works including the scientists at NASA.

You can find “The Parkes Principle of Attraction and Expansion”
at this Website:

I saw a news article saying...

Over 160 Ski Resorts in France and the Alps had closed down over the last 10 years because snow doesn’t fall in these areas below 1500m anymore. Due to my knowledge of “The Parkes Principle of Attraction and Expansion” I knew exactly what this means. It means that the Cold Air in the Upper Mesosphere is not as cold anymore and things are getting worse.

The Evidence shows that all Life will perish sometime within the next 10 years to 30 years if we don’t replace the lost Ice. Because the full force of the heat of the Sun (which is above 121° C above Zero) will penetrate the Upper Atmosphere and reach the entire surface of our Planet.

I know this is Horrifying to hear about and yet we have to face it head on, or it will eliminate us from the face of the Earth. Turning a Blind Eye to this will not make it go away.

I emailed all of the relevant information to about 200 news reporters and TV Stations around the World with an actual Plan to replace the Ice and avoid this disaster once and for all. After two full weeks I hadn’t heard back from anyone.

I gave this knowledge to the people who I thought could do something about it and it seems they are not interested for reasons unknown. Unfortunately this way of thinking will see the end of all Life on this Planet. I have to at least assume the Media went to the scientists for answers.

Because at the end of June there was a video in my YouTube channel explaining to me how the scientists believe that the coldness of Space is what cools the upper Atmosphere and we don’t have anything to worry about.

My conclusion to this response from them is...It seems the leading scientists of the World would rather have the Planet burn up, rather than admit they are wrong about how things work or that we must save the Planet in time from the melting Ice.

It looks like our Planet will burn up now because the so called Smartest people on the Planet have lost the ability to think independently. They judge everything they see with their beliefs systems, because they think they know it all. Their Arrogance of being ‘know it all's’ and their Fear of losing what they have, has made them lose their ability to judge anything on it’s own merits.

The evidence I have presented for the full force of the Sun penetrating to the surface very soon is so overwhelming and the only way anyone would deny it straight away is if they believe Basic Physics doesn’t apply up in the Upper Mesosphere. These scientists seem to be out of control.

Do you think we should let their Cowardice and Arrogance go on and continue to dictate whether or not we continue to live on the Planet or Not ? I personally will not let this happen without a fight.

I Now Have No Choice

Unfortunately, they have left me no choice.

The only thing I can do now, is that I must now Tear Down their House of Cards in order to save the Planet from burning up.

I must prove to the World and I must prove to you, that I do know what I am talking about and that the leading scientists of the World have always been wrong in their knowledge of how most things work in this Universe, because they believe we live in a Nuclear Universe.

We Do Not live in a Nuclear Universe. We live in a Universe made up of Electromagnetic Energy.

Over the last few Decades, the leading scientists of the World have
pulled the wool over your eyes as well as the governments eyes and
convinced you and everyone of A Universe that DOES NOT EXIST !!!

Giving My Knowledge to the People

I am now going to show everyone The Real Universe.

I am now going to show you everything because it seems the leading scientists around the Planet would rather have the Planet burn up, rather than admit they are wrong or that we must save the Planet in time from the melting Ice and the full force of the Sun breaking through to the surface.

I am now going to have to show you our Universe in the way that it really is and not what they want you to believe. And I will do it in a way that all the leading scientists of the World think is impossible.

All Matter – All Life – All Energy

Connecting the Sub-Atomic Level with this Physical World.

Make sure you watch this 1st Video - “The Truth about our Senses” and you can see
all the rest of “The Parkes Principle of Attraction and Expansion” on the Website:

Dare to take this Challenge

I Dare you to take this Challenge !!!

Watch this One Video called ‘The Truth about our Senses’ and if you aren’t convinced by the end of it that I know what I’m talking about, I will leave and go away.

Because it is not only your Life and your Children's lives that are depending on you making the right decisions for the future; all of Life on the Planet will perish if we don’t replace enough of the Ice and save the Upper Mesosphere in time to stop our Atmosphere from becoming a runaway Greenhouse Effect sometime within the next 10 to 30 years.

I seem to be alone in this fight at the moment and yet with just a little bit of help I know I can stop our World from becoming like the Planet Venus with a runaway Greenhouse Effect and destroying all life with temperatures of over 460° C above Zero at the surface.

Help Me Now - Let’s Save the Earth Today

Thank you for your time.